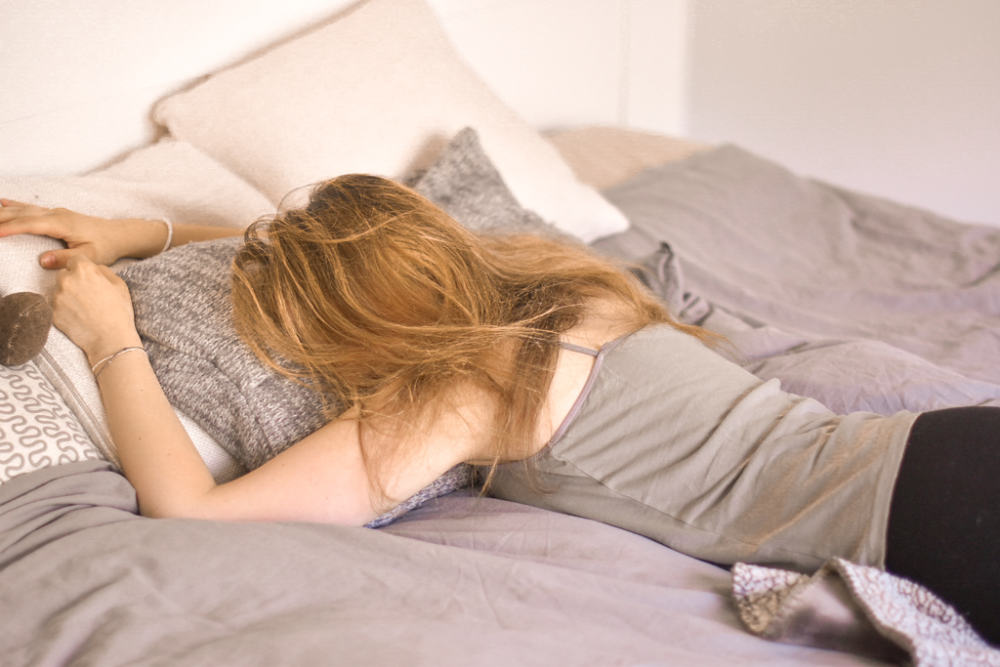 What are the inconveniences of the first trimester of pregnancy?

The first month of pregnancy

Often you are not aware that you are pregnant during the first month of pregnancy. Until you have a delay in menstruation and take a test, it’s hard to know. Especially since at the moment, as far as the body and sensations are concerned, nothing has really changed. However, it happens that from the first weeks of pregnancy, the woman feels a great physical tiredness, and has a greater need to sleep.

The second month of pregnancy

It is usually in the second month of pregnancy that the discomforts of the first trimester of pregnancy start to be felt. Nausea begins, sometimes even vomiting, whether it is just in the morning or sometimes all day long.

The breasts can be tense and painful as they increase in size. Gums may bleed more easily due to increased blood flow. You may also feel extremely tired, sometimes with an irrepressible desire to sleep despite having had a good night’s sleep. And then there is another inconvenience: the need to pee very often, day and night.

It’s also a month that involves strong hormonal changes in the woman’s body, which can make her go from laughing to tears easily. Exacerbated sensitivity, euphoria, anxiety, stress, anguish, depression, sleep disturbances or on the contrary sleeping abundantly… it is common to have mood fluctuations and these vary from one woman to another.

The third month of pregnancy

Unfortunately, some women experience nausea throughout their entire pregnancy, but this remains a minority. In general, once the third month has passed, you can rest assured that the second trimester will normally be more pleasant.

In addition, at the end of the third month of pregnancy, you generally have your first ultrasound scan. What a pleasure it is to see your baby for the first time, and to rule out any risk of malformation or problems. Once the 3rd month is over, the risk of miscarriage decreases considerably. It is therefore a beautiful milestone, and often the moment when the pregnancy is officially announced to most people.

My experience of the first trimester of pregnancy

As far as I am concerned, almost everything mentioned above has been true. I learned that I was pregnant at the end of my 5th week of pregnancy, at the beginning of my second month. And at that time, I felt great! However, I had noticed that I had been sleeping more than before for a few weeks, and that I was having many more dreams (and vivid ones, I wonder if that’s common?).

Also, I was hungrier than usual, and my boyfriend was calling me “his little monster”, because I was eating more than him. But from the 6th week on, the unpleasantness started and hit me pretty hard. Constant nausea (that feeling of having a lump in my throat all the time), lack of appetite and many food aversions (I’ll tell you about them just below), extreme tiredness (but when I say extreme, that’s really it, I slept 9-10 hours a night and still had to take naps every day. Also, from 2pm on, there was nobody left, my brain was in off mode, I had no strength left, I felt like I was drained). And as for the urge to pee, I already tend to be a “peeer” in normal times, but then there … the awfulness. Ha-ha. I could get up 5 or 6 times a night to go to the bathroom (and unfortunately it’s still the case, even in the second trimester).

In terms of food aversions, it’s funny, because a lot of foods that I loved like very tasty dishes (garlic, onion, dishes in sauce, salty flavors, etc.) just repulsed me. Sorry for the word, but it’s true. I couldn’t even smell garlic or onion, it made me feel nauseous. And for example, I’m a sushi fanatic in normal times (and I always joked to my friends that I would “suffer” from not eating sushi during my pregnancy), but finally, I was sickened by the thought of it too. Ditto for soy sauce, and all Asian dishes. It wasn’t very easy to eat or to plan my shopping for the week. Usually, I listened to what I wanted at the time and went shopping once a day to keep up with it. And since I wanted to eat very simple foods, to give me inspiration I looked at “recipes for kids” on Google haha. Strangely, and luckily, I never threw up. Not once. But on the other hand, I felt nauseous constantly and extremely bloated all the time. Like the feeling of having drunk a 2L Coke bottle without burping all the time, you know what I mean? Sorry, it’s not sexy, but that’s how I really felt. Not pleasant at all. And no matter how much I burped, it didn’t matter. My stomach just kept producing air over and over again.

Towards the end of the third month, or even at the very beginning of the fourth (yes, it really did last the whole first quarter), everything started to pass. YES. You have no idea how much I hoped I would be one of those women for whom it passes, rather than those for whom it lasts for 9 months. This feeling of being sick every day, not so great really. Since then, I feel much better and I almost never have nausea or bloating anymore. I also have nice energy regain most days, even if I sometimes have a few crashes in the afternoon and I always feel like going to bed early in the evening. But that’s normal, after all, when you’re pregnant, you are building a human being! It requires energy!

In any case, all these inconveniences, although annoying, were worth it, because when I saw my little baby at the ultrasound on week 12, it was so magical that it was worth some nausea. And in the end, not having puked and having been able to work from home (and thus having been able to adjust my schedule), I didn’t do so badly in the first trimester of pregnancy. I was able to rest, listen to myself, and above all apply some of the advice below on “how to survive the first trimester of pregnancy”?

How do you survive the first trimester of pregnancy? All my advice.

Listening and being indulgent with yourself

Whatever you feel (physical or emotional discomfort), be indulgent and understanding towards yourself: everything you are going through is NORMAL. So there is no need to think for hours about how you could change this, improve yourself, or anything else. Unfortunately, these are things that happen to all pregnant women. So, it is easier to accept your feelings, and learn to live with them, and take time for yourself, to rest. Are you exhausted? Instead of forcing yourself to be active, listen to yourself and take a nap. You’ll feel better afterwards. You don’t want to eat what your partner eats because it grosses you out? Listen to your cravings and cook yourself something else that feels better. Don’t feel like doing anything this weekend? Do nothing, rest and watch TV shows all day long. You are pregnant, you are in the process of making a human being: you have priority.

Rest as soon as necessary

The first trimester can be extremely draining in terms of energy and you have to listen to your fatigue. As much as possible, try to get a good night’s sleep. Some women may have problems with insomnia during pregnancy, which really doesn’t help. Don’t worry, that’s normal too! And it’s not serious, it doesn’t harm your baby’s development. But it can make you even more exhausted, which is something you really don’t need. Take naps whenever you feel like it. (You may want to read my article: solutions against insomnia, and how to sleep well).

If you are stressed, try to start meditation, deep breathing (I advise you to look at “cardiac coherence” it is very effective), to relax and rest your body and mind. Don’t force yourself to be active if you don’t feel like it, it is important to regenerate your body properly when you are asked to do so, and not to go beyond your capacities. Of course, if you have the opportunity and the energy, moderate physical activity during pregnancy is highly recommended (and by the way, it increases energy levels and reduces discomfort). But, if you’re exhausted, forget it. You’ll resume activity when you’re feeling better in the second trimester.

Eat what we enjoy, often and in small portions.

With all the nausea, changing tastes, and sudden cravings… it’s not easy to make menus for the week or to eat like our partner. I also advise you here to listen to yourself, and not to “force” yourself to eat what you don’t want to swallow. Personally, I was really feeling different from day to day. Often, only one meal ” was going to work ” in my mind, all the rest was really disgusting to me. So, I would go to the corner grocery store and buy whatever I needed to cook it for myself.

Also, to limit nausea and bloating, it is advisable not to make too heavy meals, but rather to divide the meals into 6 small meals a day. This way, you will never be too “hungry”, and you will avoid having an empty stomach which can aggravate nausea. Also, when you wake up, don’t hesitate to eat a small cracker for example, to limit morning sickness. For my part, it was really annoying because the nausea took me through the night and I had to eat during the night. But it really helped me to get back to sleep. So I used to fall asleep with my TUC pack next to the pillow, just in case! (But be careful with dental hygiene on the other hand, as pregnancy can already lead to gingivitis…). If like me, you have to snack at night, you have to brush your teeth before sleeping and directly after waking up – or after breakfast – and floss at least once a day!).

All this while taking into account the food restrictions for pregnant women of course (ask your midwife for advice on the list of foods to avoid).

It helped me a lot with the nausea and bloating. I took it every day, sometimes several times. It allowed me to “survive” haha and limit the discomfort. And there’s no risk to the fetus or to you.

Accept the help of those who love you

Your darling will have a mission during your pregnancy, and especially during this first trimester which tires you so much : to help you. Household chores, shopping, cooking… he has to be there for you and relieve you of things he can do himself, so that you can rest. Also, if he can take care of you, like giving you little massages, little pleasures, it will be even better!

Even if you haven’t told everyone about your pregnancy yet, it can be nice to share this adventure from the beginning with a few people closest to you. Your best friend, your mom, dad, brother or sister, or anyone else… it’s important to be able to talk about it with an external person and share your feelings.

Also, as soon as you learn that you are pregnant, contact your doctor or a midwife who will accompany you throughout your pregnancy. And if you have the slightest doubt or question, don’t hesitate to talk to them. That’s what they’re there for! 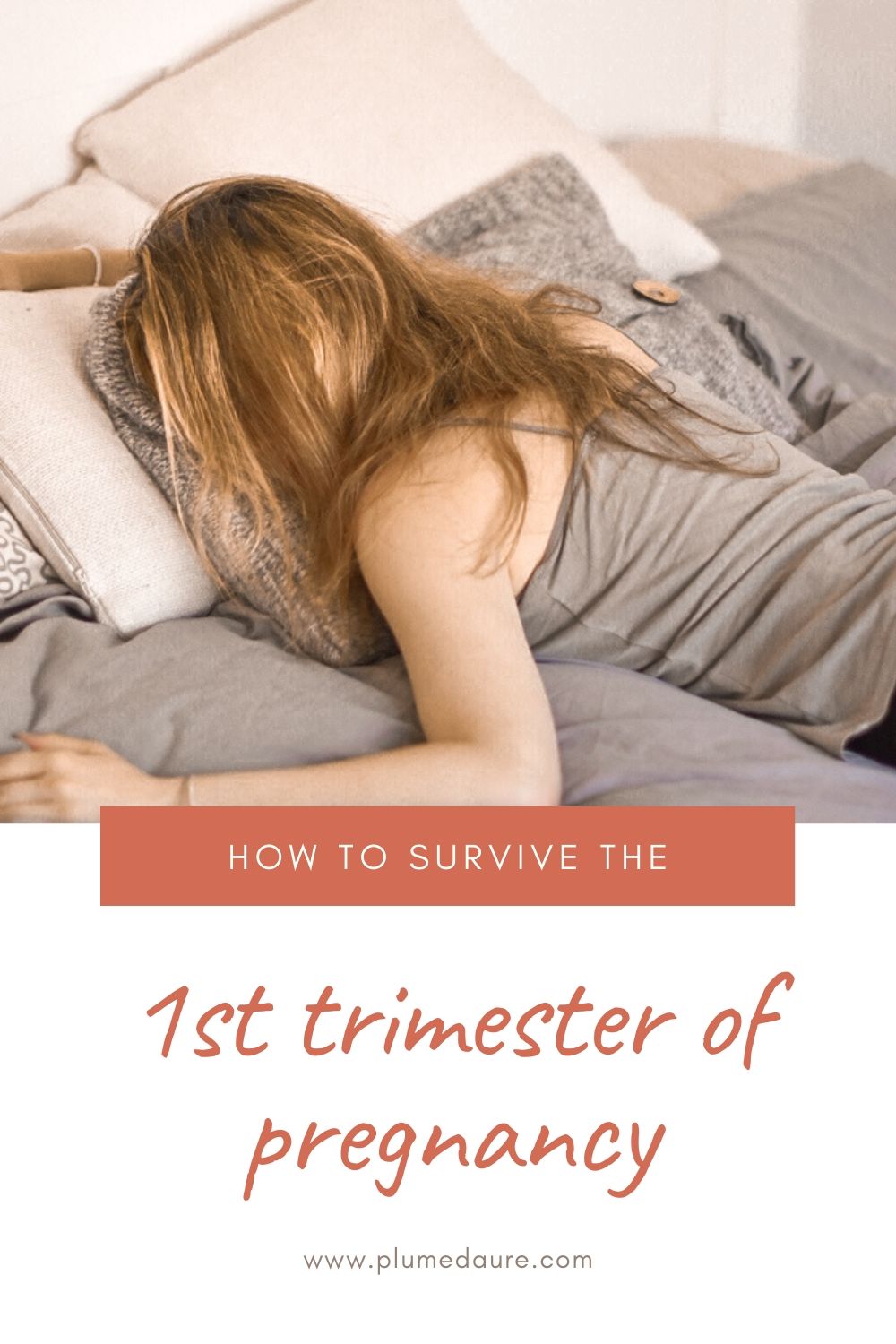