I was born and raised in Paris, so I am used to living in Paris. So beloved, admired, but also so criticized. Loved for all that there is to do (multiple cafes, restaurants, museums, parks, monuments), all there is to taste (the delicious French cuisine) and all there is to see and experience (exhibitions, festivals, temporary bars, concerts, parades, etc.). After all, Paris is one of the most beautiful cities in the world, if not the most beautiful. But Paris is also often criticized, for its stressful life, its transports, its hectic lifestyle, all its people everywhere all the time (making it hard to find quiet places, or not to queue when you enter something). Also for its traffic congestion, its grumpy inhabitants (or even rude, sometimes), its high prices and so on! Personally, for some of these reasons (but above all because I followed my boyfriend), I moved to Sweden in 2017. And I am thrilled when I return to Paris from time to time. Because let’s put it this way: in Paris, there is this magic that you don’t find anywhere else.

This is a vague question to which I’ll probably give a somewhat ambiguous answer. But I will try to describe some aspects of Parisian life to provide you with an idea of how it could be to live there.

The beauty of the city

Paris is beautiful! The Eiffel Tower, the Trocadero gardens, the Sacré Coeur, the Montmartre district, the various parks & gardens (the Buttes Chaumont garden, for example), the markets on Sundays, the Haussmann’s-styled apartments, the small streets full of details (street art, shops, restaurants of all kinds).

There would be so much to say about the richness of Parisian life. About all the discoveries there are to do there and about the city’s constant renewal. Living in Paris means having the opportunity to go out and discover new things every day. It never ends! And this is magic!

Museums, artworks in the streets, monuments filled with History, Paris is a city that is extremely rich in terms of culture. Did you know that it is also the world capital of arts and culture? Pretty cool, huh?

Getting your croissants and baguette at the bakery

A cliché but also a symbol of Parisian life. The delicious croissants, yum. Or the chocolate bread, raisin bread, and all these delicious French pastries. Well, people do not eat those every day (they’re stuffed with butter, haha), but still, it’s pretty regular to buy pastries at the local bakery for breakfast in Paris. Especially on weekends. A real pleasure to enjoy with a coffee/tea and a glass of orange juice (ideally freshly squeezed). My father was a baker in Montmartre for 15 years (he is now retired and sold his beautiful “Boulangerie” to a young couple), but it was great: I have always been able to eat as many pastries as I wanted. YUM.

Not to mention the excellent French baguette. Nothing like it to make a proper toast in the morning (with butter, jam, or spread) or a tasty sandwich with butter, ham, and pickles for the lunch break! When it comes to bread in France: we know what we are doing!

Here comes the part of Parisian life that most citizens hate. Public transport: the Paris metro, the bus, the RER, the tram… the expression “subway-work-sleep” is well known in Paris because people have the impression of taking the subway, going to work, and going back home to sleep. And that’s all.

Always full, often late, filled with people in a lousy mood that jostles you, public transports aren’t very fun in Paris. But most of the time, people have no choice but to use them. Paris is a big city – extremely big – so you have to take public transport every day to get to work (unless you are lucky enough to find a job near your home or vice versa).

Is it possible to drive instead? Yes, it’s an option! But it’s not better because during peak hours it is very often blocked on the road.

But people get used to it. It’s a thing about living in Paris. And then, in the end, it can be the opportunity to read a book, to hang out on social networks, to listen to a podcast.

Working in Paris is often long and can be perceived as painful. It infringes a lot in personal life. For having experienced work-life in several countries, I find that Parisians are more inclined to organize meetings that mobilize the entire team for everything, all the time. So you end up in a lot of meetings, not always useful, which can be frustrating and tiring in the long run.

In terms of working hours, it is rare to leave work in Paris before 18:30 (otherwise someone will ask you with a smirk “if you have taken your afternoon off?”). Knowing that in general, people get to work around 9 am, days are long. So people tend to take extended lunch breaks (1h or more). I only saw this in Paris. If I compare it, for example, with Sweden or Denmark, who take rather short breaks (30 minutes) and leave the office at 5 pm maximum!

Personally, it is mainly the corporate culture that pushed me to the exit in Paris. I hate staying at work “just because,” and I work fast. So, I like having the opportunity to remain efficient throughout the day (no long breaks) and leave the office early to have more time for me after work.

But here again, Parisians are used to it. Or maybe, they don’t have a choice.

The art of the “apéro”

“Apéro,” meaning going to have a drink with someone. Very very common in Paris with friends or a colleague after work to disconnect from the work day. What’s great about Paris is that there are cafes/restaurants all over the place, with beautiful terraces and a great atmosphere. My favorite neighborhood: Montmartre! So cozy, a small village in the city.

Another area that I love for cheap drinks and a relaxed atmosphere: Oberkampf!

It is also not rare to have dinner on the spot. For exemple, a beef tartare, entrecôte, or a burger. Here are some great burger places in Paris: the PNY (Paris-New-York) or Big Fernand. 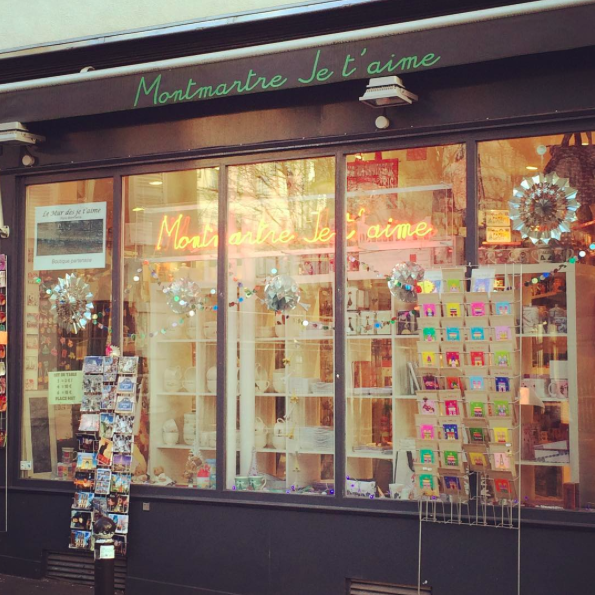 The good food and wine

Paris (and France in general) have a perfect culinary wealth. Many specialties, whether in dishes, but also in cheese (France being one of the largest producers in the world). And the delicious wine. If you like food, you’ll enjoy being in the French capital, since there is something for everyone. And all the other cultures are represented, Paris being so big. It’s simple; you can find everything.

All these qualitative brands of pharmaceutical cosmetics such as Klorane, La Roche Posay, Avene, SVR, Bioderma, Nuxe, René Furterer, etc. sold all over the world come from Paris (and from France in general). If they can be expensive abroad, in France, they are pretty cheap. And in my opinion, it’s a real advantage of living in Paris, because all these great products are at hand.

Whenever I come back with a big suitcase, I stock up with products. A small example here:

These were some little anecdotes about what it’s like to live in Paris. This list is, of course, not exhaustive, but I hope that it has given you a little idea of what living in Paris feels like. And if you have any questions, do not hesitate to ask me in the comments!

Thank you for reading, and see you soon!